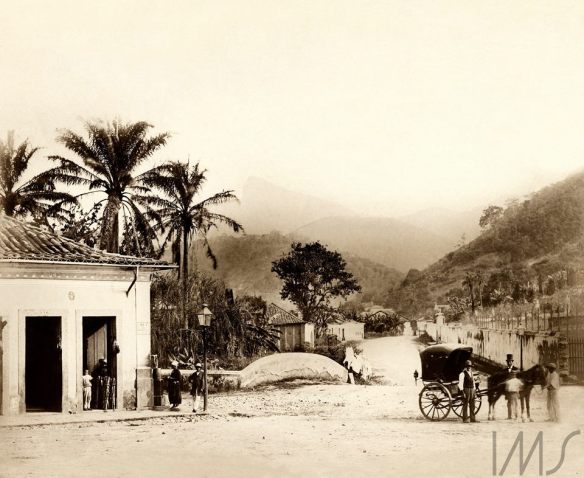 A nice, fairly defined image (see another angle here). Corcovado, w/o Cristo, can also be seen in the distance. The closest I got to replicating the location as it is today.

Rua Itapiru around the border between neighborhoods Catumbi & Rio Comprido. The latter neighborhood got its name from a long river (thus the name Rio Comprido) that ran through the bairro, serving as irrigation for sugarcane production. Here’s a reference picture of the river from the 1920s. Unfortunately, over the decades it became more and more for sewage disposal and doesn’t exist as it once was.

As for the Catumbi cemitery, to the right of the photo above, it was built quickly in order to lay to rest those struck by the Yellow Fever, an epidemic at the time. In the image, it can be seen still without the railing.

PS – The first link shows the cover of a book about Catumbi. The online version of that book is here.